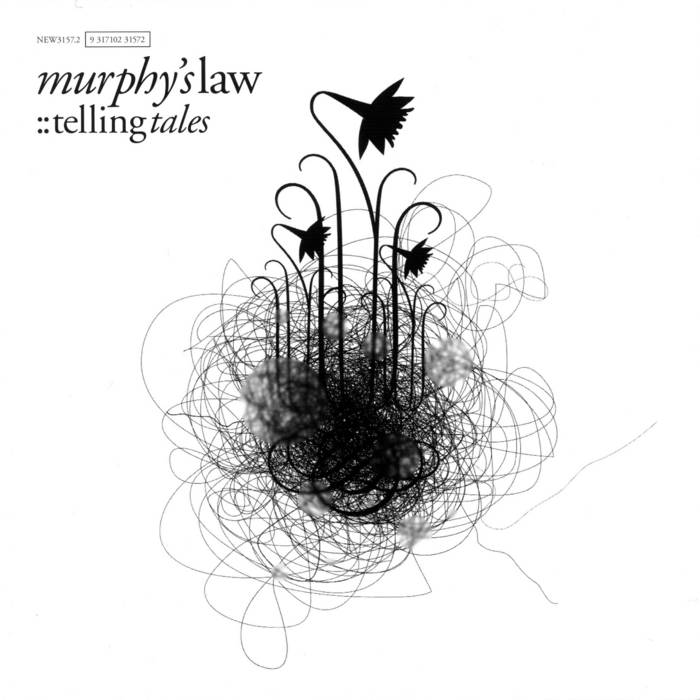 This is the debut album from Murphy's Law, released in 2004. Here are some reviews:

“One of the most striking sounds emanating from jazz scenes around the world is coming from a new generation of guitarists seemingly attuned to rock and beyond rather than the role models of years gone by, such as Wes Montgomery.
Australia’s contribution to this ear-grabbing trend is enhanced by the brilliant, dizzying contributions of Nashua Chen Lee, who joins the likes of Steve Magnusson, James Muller and Cameron Deyell as a frontrunner in the guitar wizardry stakes.
But he is only one of the joys to be found on this outing by a Melbourne outfit led by bassist Tamara Murphy, not least being the leader’s moody grooves in terms of composing.
Add to the mix tenor saxophonist Julien Wilson, trombonist Jordan Murray and drummer Joe Talia, and you are listening to jazz of a very high order.”

There’s been no shortage of strong CD releases by locals bands this year, but the one I’ve been most excited by is the debut album from Murphy’s Law. This band is led by bassist-composer Tamara Murphy, who has been increasingly prominent over the last few years, working with people like Allan Browne, Tony Gould, The Hoodangers, Will Poskitt, Craig Fermanis, and Jamie Oehlers, among others. She also did a great job in the ‘house band’ for the National Jazz Awards at Wangaratta 2003.
Joining her are tenor saxophonist Julien Wilson, trombonist Jordan Murray, guitarist Nashua Lee and drummer Joe Talia. The personnel gives her a head start, as Wilson and Murray are such accomplished players, and have often worked together in several bands, notably Ish Ish.
Telling Tales is an apt title for this album. Thanks to Murphy’s skills as a composer and the efforts of the soloists, each track does indeed tell a tale, rather than allowing everyone to take turns at showing off what they can do. Tenor saxophonist Julien Wilson plays with tremendous imagination and fire (check out his opening salvo on ‘Largo’), which is balanced by trombonist Jordan Murray’s more measured approach.
Guitarist Nash Lee is the wild card in the band. Whether soloing or accompanying, he constantly produces unexpected melodic and textural ideas. Not a bebop cliché in sight. Murphy, meanwhile, holds it all together in tandem with drummer Joe Talia. In her own purposeful playing, as well as her writing, she suggests the influence of such bassists as Dave Holland and Mark Helias, which is no mean feat for a young bassist on her first recording.